Yes, the snow is terrible, but we have to Keep Calm and Carry On!

Firstly, whilst this is definitely the longest, coldest period in my living memory, I haven’t found it quite as debilitating as some others seem to have; I made it into the office every day last week (with some minor delays) and expect to do the same this week.

I wonder how many of the (estimated) 44% of our British workforce who didn’t make it to work last Monday really weren’t able to get it?

Secondly, I cannot help but be amazed by the people whose reaction to seeing the snow is: “So much for Global Warming!” This does highlight the fact that those who have taken a leadership position in educating the rest of us about the Environment really do have a long way to go to get the message across. They should be talking ‘Climate Change’ and extreme weather, rather than Global Warming, because it clearly doesn’t compute for some who cannot grasp that the warming of the globe could mean more snow.

Third, where does the media find these hilarious experts who – at the first sign of any unusual event – come out of the woodwork to declare that the end is nigh. Believe it or not, on 11 January, The Times claimed that (unattributed) experts have suggested that the cold snap could lead to as many as 90,000 extra deaths. Did someone say scaremongering?!

Fourth, why oh why do people still go to walk on lakes, ponds and rivers when they are frozen over? Every year, people tragically lose their lives by not following this simplest of rules: “Do not go on frozen bodies of water, no matter how safe they look!”

Fifth in my list is this: In March 2009, the Met Office took delivery of the UK’s most powerful supercomputer from IBM, so how come they still cannot predict the weather accurately, even 12 hours ahead? If the weather really has become that unpredictable, what exactly is the purpose of these forecasts and should we be spending so much money on them? 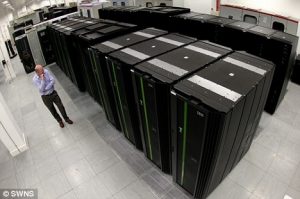 Next is this – why are so many people in Britain so insistent that every other country copes fine with snow, when practically the whole of the Northern Hemisphere from East Coast America to Russia is struggling to handle the worst winter for 100 years, and coping much worse than we are in Britain?

Major cities in America, China, France, Germany, India, Russia and Spain are all struggling to cope with the snow too and some have been brought to a complete standstill, so where do people get the idea that somehow everyone else takes it in their stride?

On the contrary, the response of our public services has been fantastic, and we should be proud of their efforts and how well they have kept the wheels of UK Plc turning in these difficult times.

And finally, whatever happened to the great British stoicism that once defined this nation? It seems to be in short supply in some areas where people have bleated and whined about ‘the authorities’ not doing enough to help them, when in times gone by they would have done more to help themselves!

If the cold  spell continues, I would encourage people to do just one thing: 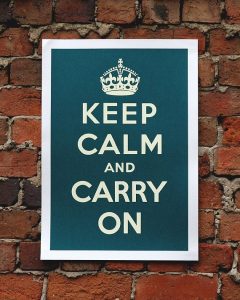 We are British, after all!

It was such a pleasure to present to our HR&WE team yesterday! We talked about how our Digital team puts people first when developing innovative products and technology! #people #digital #DigitalTransformation #tmobile

Thank you @marcuseast for spending time today with our HR&WE team discussing how your talented team at @Tmobile is applying innovative technology. Your PEOPLE first digital approach to truly up-level experiences is inspiring. Thrilled for our journey ahead! #DreamBigAndDeliver

Data plays a huge part in creating a differentiated experience for our heroes here at @Tmobile. This partnership is key as we support veterans during their transition out of the service. We are committed to serve. #BeMagenta #MobilizeForService https://www.prnewswire.com/news-releases/astrumu-tapped-to-support-t-mobiles-data-driven-military-talent-pathways-program-301344618.html?tc=eml_cleartime